20 Habits That Prevent You From Being a Millionaire

Most of us, including you, have bad habits that get in the way. If you are able to abandon the following habits, you must be able to understand that becoming a millionaire is not as far from reality an idea as you think. We all want to be. 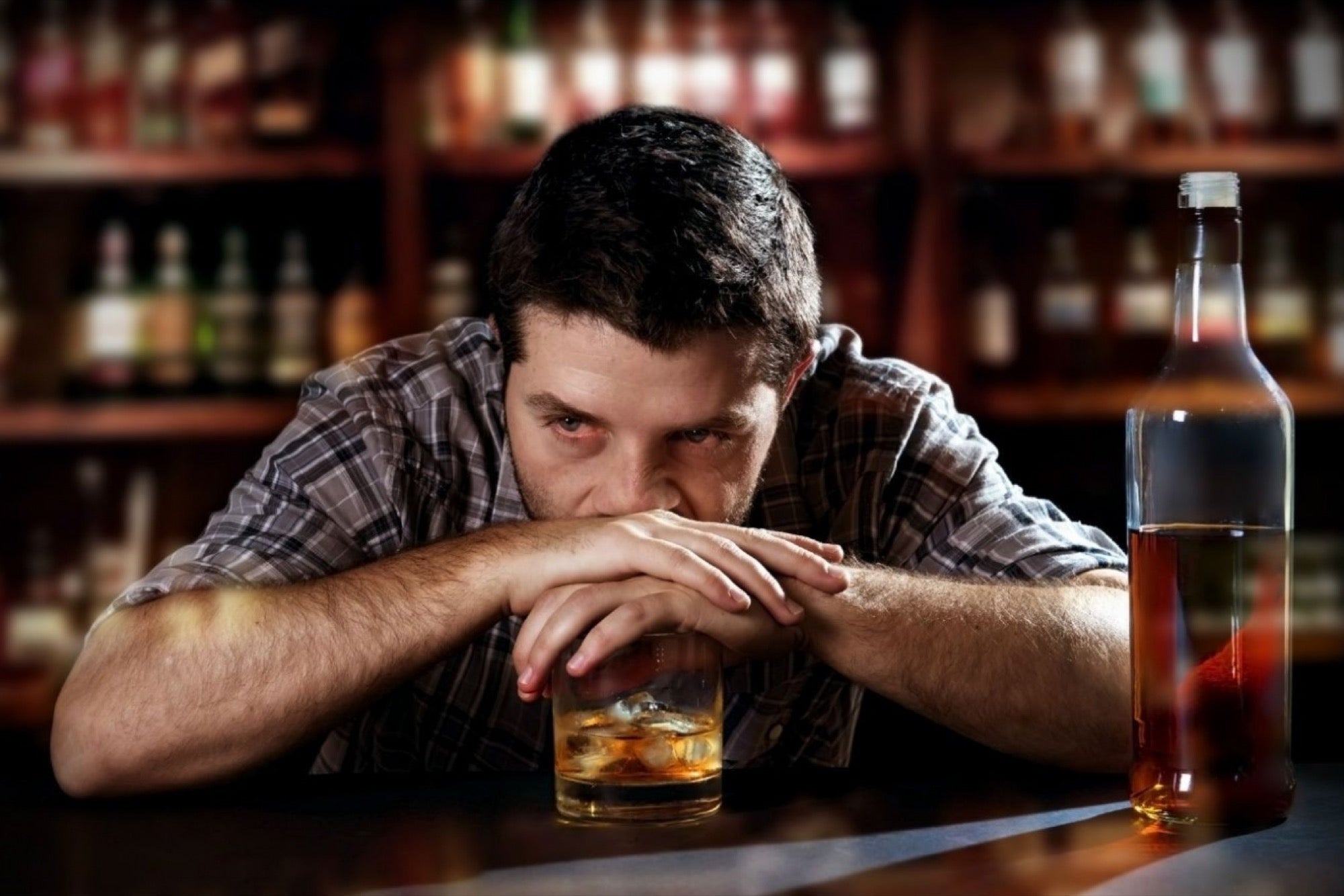 For me, as for many other people, these 20 habits were what kept me from becoming a millionaire.

1. Sleep when you shouldn’t

If you wake up until noon and work 12 or more hours per day to make up for a late start. Here’s the thing. I understand perfect, because I struggled with it for years. We are not all active people in the morning. Me, I still stay in bed on cool, rainy mornings.

Successful people are known to wake up early, usually before everyone else at home, so they can get started early on to get work started, catch up on the news, answer emails, and exercise without sacrificing time. they spend with their family.

“When it comes to health, bad habits do harmful damage,” writes Thomas Corley in ” Change Your Habits, Change Your Life: Strategies that Transformed 177 Average People into Self-Made Millionaires .”

When you’re unhealthy, you’re tired, less productive, more stressed, and much more likely to get sick. How can you focus on building your health, if you fight those factors every day?

People with money invest the time and effort necessary to expand their knowledge, keep up with the news and trends within their industry, learn from others and take responsibility for continuing to innovate.

As Lipovsky wrote, reading brings different perspectives, allows you to gain various points of view that will in turn expand yours, giving you the necessary push to dream big and motivate you to never give up.

4. Rely on a single source of income

People with a lot of money have several sources of income. Which means that for those of us who aspire to wealth, we have to invest part of our income to pay off our debts, and reserve for retirement and invest.

This doesn’t mean you have to get a second job while waiting for results (not a bad idea until you have a better option). It could be something you’re passionate about, like writing about technology. You can do it through a blog and start earning a passive income through the market.

5. Not setting a budget

Everyone needs to create a budget and stick to it, but unfortunately, there are many people who do not. Since they can’t see if they are spending more than they are accurately earning, it often leads to financial problems. If you notice that this is your case, then you need to start reducing unnecessary expenses and you should talk to an advisor to claim you.

In fact, this is another habit discovered by millionaire authors such as: Thomas Stanley and William Danko after analyzing millionaire people for their book The Millionaire Next Door.

“In my study, ninety-five percent of poor people did not save and most of them accumulated debt to subsidize their quality of life. Consequently, they do not have money either for the time of their retirement or for the their children’s education, or for the opportunities that come their way, “wrote Tom Corley in” Change Your Habits, Change Your Life. ”

Just like Corley says. “Not saving and spending more than you earn creates long-term poverty with no hope of escaping.”

7. Not paying attention to small expenses

You may think that spending $ 40 a day on a cup of coffee has no effect on your wallet. The same goes for that $ 500 gym membership you hardly ever use. But, despite the fact that in the scheme of things these are small expenses, believe it or not, they add up quickly.

I recently randomly checked my company’s credit card payments. I found that 35 percent of people who buy coffee at least 4 times a week or go to the cafeteria every day only pay the minimum on their credit card monthly.

Again, this is why a budget is so helpful. It helps you manage these small expenses so you can adjust and focus on the important things. Remember to only keep the subscriptions that you actually use.

Replace the toxic and negative people in your life with those who are optimistic, motivating and supportive. “In life, you will only be successful if you surround yourself with the right people,” says Corley.

It is one thing to say that you want to become a millionaire and quite another to start doing it. If you want to get out of financial stagnation, then you need to take action as soon as possible. If you sit down with a financial professional to adjust your budget, this would be a great step to start doing rather than talking.

“There’s nothing like getting rich quick”; “Financial success takes time, initiative and requires relentless effort”; “Those who gamble are deluded into thinking there is a shortcut to success,” Corley writes.

Instead, millionaires “get in the habit of pursuing their dreams and goals.”

On the other hand, excessive alcohol consumption prevents you from becoming a millionaire since it damages your memory, the ability to think clearly and your health. That doesn’t mean that you can’t occasionally have a glass of wine or beer. Don’t make drinking a habit.

11. Watching too much TV

Do not misunderstand. I like to watch Netflix from time to time. But, as in Corley’s discovery, the wealthy prefer to read, exercise, or educate themselves rather than waste time watching television. “Making productive use of time is a hallmark of millionaires.”

12. Not finding a mentor

I’m sure if I had found a mentor years ago I would have gotten rich since then. Why do I believe it? I could have learned from the successes and mistakes of someone who has developed in those fields, their advice could have helped me to omit so many mistakes that I have experienced and instead I could have obtained some benefit.

Instead of going out to get a mentor, open your eyes, they are all around you. You can take the advice of a college professor or your parents.

13. Stay in your comfort zone

Taking risks and getting out of your comfort zone is unsettling. I understand. But until you take that leap, you will find financial success. This is a habit that worked very well for Bill Gates, Richard Branson, Larry Ellison, and Warren Buffet.

“The pursuit of wealth requires risk, most people do not, so they are not rich,” says Corley.

You don’t know everything. Put your ego aside for a moment. I hate being the bearer of bad news, but that’s a fact and it will keep you from being rich until you deal with it.

I learned the hard way that trying to guess the future leads to failure and poor decisions. If you are not sure about an investment or an idea for your business, do not hesitate to ask for feedback and advice.

15. Being consumed by failure

Entrepreneurs wear failure as a badge of honor. That doesn’t mean they enjoy or want to fail. Going out of business and losing almost everything is rubbish, but those bumps of life are necessary to become as strong as you can be.

Do not get confused. Failure is horrible. But you shouldn’t let that stop you. Take risks, and if you fail, learn from your mistakes and move on.

One of the best habits I have adopted in recent years was writing my goals daily and first thing in the morning. This inspires and encourages me to achieve my goals.

I found that setting daily goals helps prioritize from the most important to the least important. For example, instead of looking for my $ 100 overdue bills, I focus on one or two of $ 1,500. Prioritizing means doing what really matters.

“Long-term success is only possible when you have a positive mindset,” Corley writes.

Here are some examples of the most common negative thoughts we have that most can overcome:

“A job will never make you rich. Nor will saving all your money in a piggy bank. So how do you build wealth?” Asks Brandon Turner, vice president of growth at BiggerPockets.com.

So how is it achieved? Through tangible assets such as a profitable business, a growing stock portfolio or investing in real estate law.

Remember, your car and toys are responsibilities that take away the income from your future wealth. Focus on acquiring things that will make you money in the long run.

Excuses were one of the biggest obstacles between me and wealth. Making excuses is easy when we are trying to understand why we have so much debt and if we don’t have a six-figure income. Saying that we want to “live in the moment” is an excuse not to work and create a better future. Stop making excuses and start working.

For example, don’t worry about saving when you’re drowning in debt. Pay first, and that way you can start saving and investing. If you’re not making enough money, find another source of income like selling things online or delivering pizzas. That won’t solve all your problems, but at least it’s a start to ditching excuses.

Jim Rohn, one of the county’s leading business authority figures, has a simple formula for building your wealth.

“After paying your taxes, learn to live with 70 percent of your income for your necessities and luxuries”, “it is important to see how you allocate the remaining 30 percent after that.” Mentions Rohn.

Rohn suggests giving one third to charity, one third to equity investments and the last third to savings. You won’t notice anything at first, but “let five years go by and the differences will be noticeable. 10 years later, they will be completely solid.”