Is Inflation Coming? Hell, No

So bad inflation is coming back? Really?

There’s a lot of fear in the air that seems to stem from dusty memories of the 1970s, when prices climbed at a double-digit rate, retarding economic growth along the way (although never as much as pessimists contended). 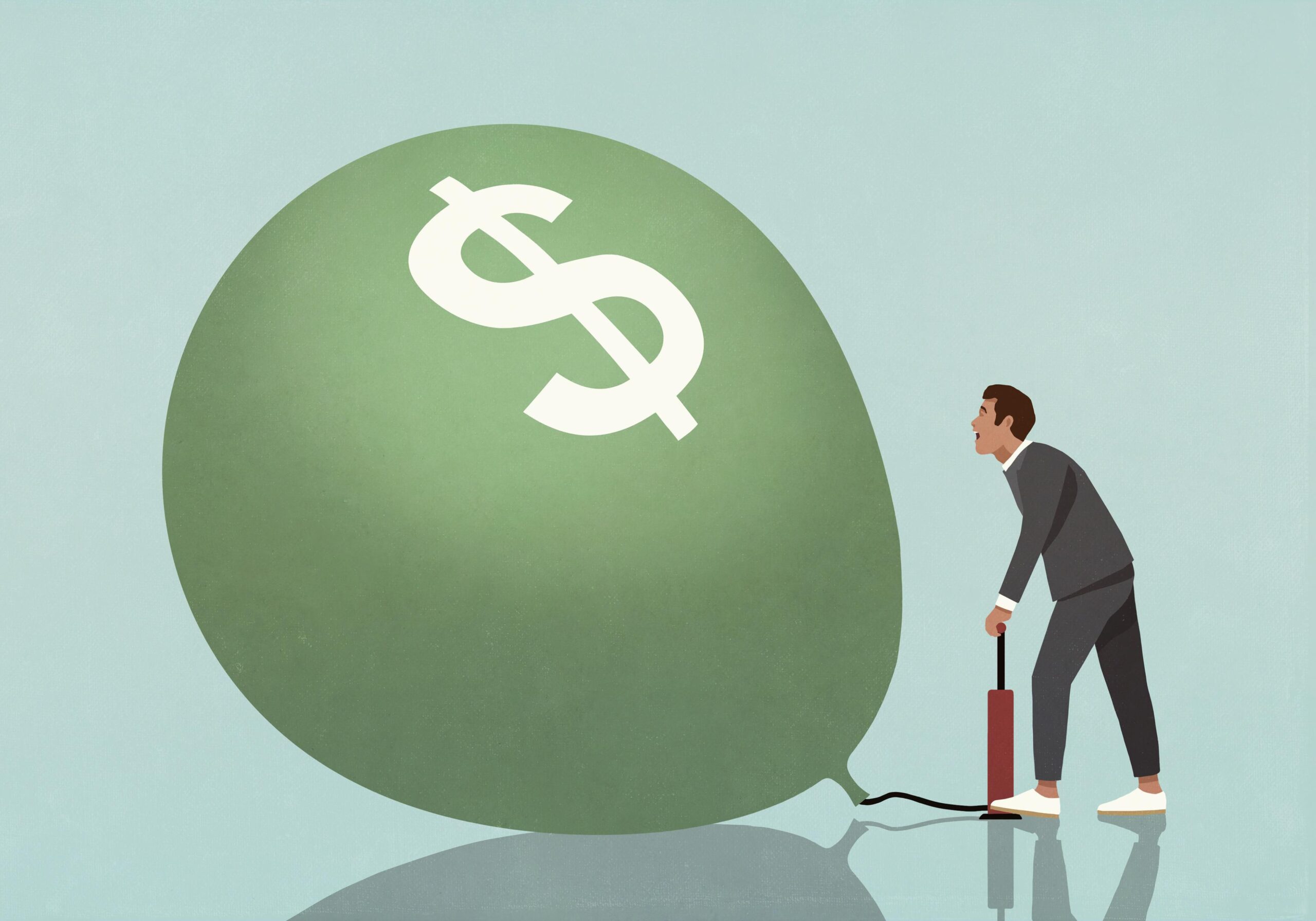 And hey, there are some disturbances in the economic force nowadays that seem to show that inflation is getting ready to take us back to the disco days. Check out housing prices, not to mention food and gasoline.

On the other hand, so what? Let’s look at the 1990s, a time of solid economic growth—and inflation higher than we’ve seen recently. The Consumer Price Index averaged a 2.77% annual increase during that decade, while gross domestic product growth clocked a 3.23% advance. Meaning that inflation didn’t squelch GDP expansion.

Now let’s swing the lens over to the big, bad 1970s. Here, CPI rose at a nasty 7.1% annual clip, with the highest readings in 1974 and 1979, 11.1% and 11.3%. This was thanks to the oil embargo from the Organization of the Petroleum Exporting Countries, aka OPEC, and later the Iranian Revolution. Through it all, the economy averaged an annual growth rate almost identical to that of the 1990s, 3.24%.

In other words, over the course of a decade, high inflation didn’t do huge economic damage, other than the temporary troubles from the oil-shock-induced downturns of 1974 and 1979. In the 1970s the world learned that big external events, such as an oil cutoff, could make tall inflation co-exist with a recession.

The two usually don’t go hand in hand. That’s been the case in this century. In the previous recession (2008-09), both years featured shrinking economies (minus 0.1% and 0.5%) with a mix of high-ish first-year inflation and then price slides: a 3.8% CPI increase in ’08, mostly occuring before the September 2008 fall of Lehman Brothers, when the hard times actually got going, and the negative 0.4% reading in ’09.

The current recession shows pretty much the same pattern. Admittedly, it is an odd duck because of the massive fiscal and monetary stimulus countering the pandemic’s artificial shutdown of much commercial life. Through May, inflation was negative and so was GDP , but both picked up in the year’s second half amid optimism about recovery and the vaccines.

All that Washington stimulus certainly has had an effect on inflation expectations, at least in some quarters. Yardeni Research notes a 27% increase in M2, a gauge of money supply involving current deposits and money market mutual funds. In January and February, the producer price index (what businesses must shell out to make the products they sell) outpaced the CPI, which measures how much people pay for those products. Word is that businesses are eating the difference, instead of. passing it along to the public, not wanting to give up market share.

Now, that analysis is telling. The producers’ action is to appease the anti-inflationary mindset of the consuming public.

Former Treasury Secretary Lawrence Summers, a baby boomer economist who well remembers the 1970s, warns that inflation may get out of hand again. But Oxford Economics’ Gregory Daco, a millennial economist, believes any inflation will be temporary. Paul Krugman, the New York Times NYT columnist and Princeton BPRN economist (and a baby boomer), agrees with Daco. He recalls the small 2010 and 2011 CPI blips, post-recession, which Republican lawmakers used to oppose President Barack Obama’s federal spending plans.

To be sure, more Washington largesse is on the way in 2021. President Joe Biden wants a $3 trillion infrastructure buildout, atop the just-passed $1.9 trillion aid package. The Federal Reserve will continue buying Treasury bonds and agency mortgage-backed securities, to put more money into the economy. And the Fed intends to let any inflation run above its 2% target for a while, if need be, figuring that such a CPI move would be a short-lived spurt.

Meanwhile, the forces that have kept inflation in check this century have not gone away: globalization (shipping jobs to cheaper foreign locales), automation (replacing U.S. workers with machines) and the decline of unions (organized labor’s 1970s bargaining power kept wages abreast of CPI boosts, but no longer). And note that today’s world relies less on oil, the villain in the 1970s inflation, and less on the Middle East for it.

Investors aren’t too spooked about any inflation. The bond market’s so-called breakeven rate for the next 10 years, its yardstick for inflation expectations, is 2.36%, according to the St. Louis Fed . Not exactly a scary number.